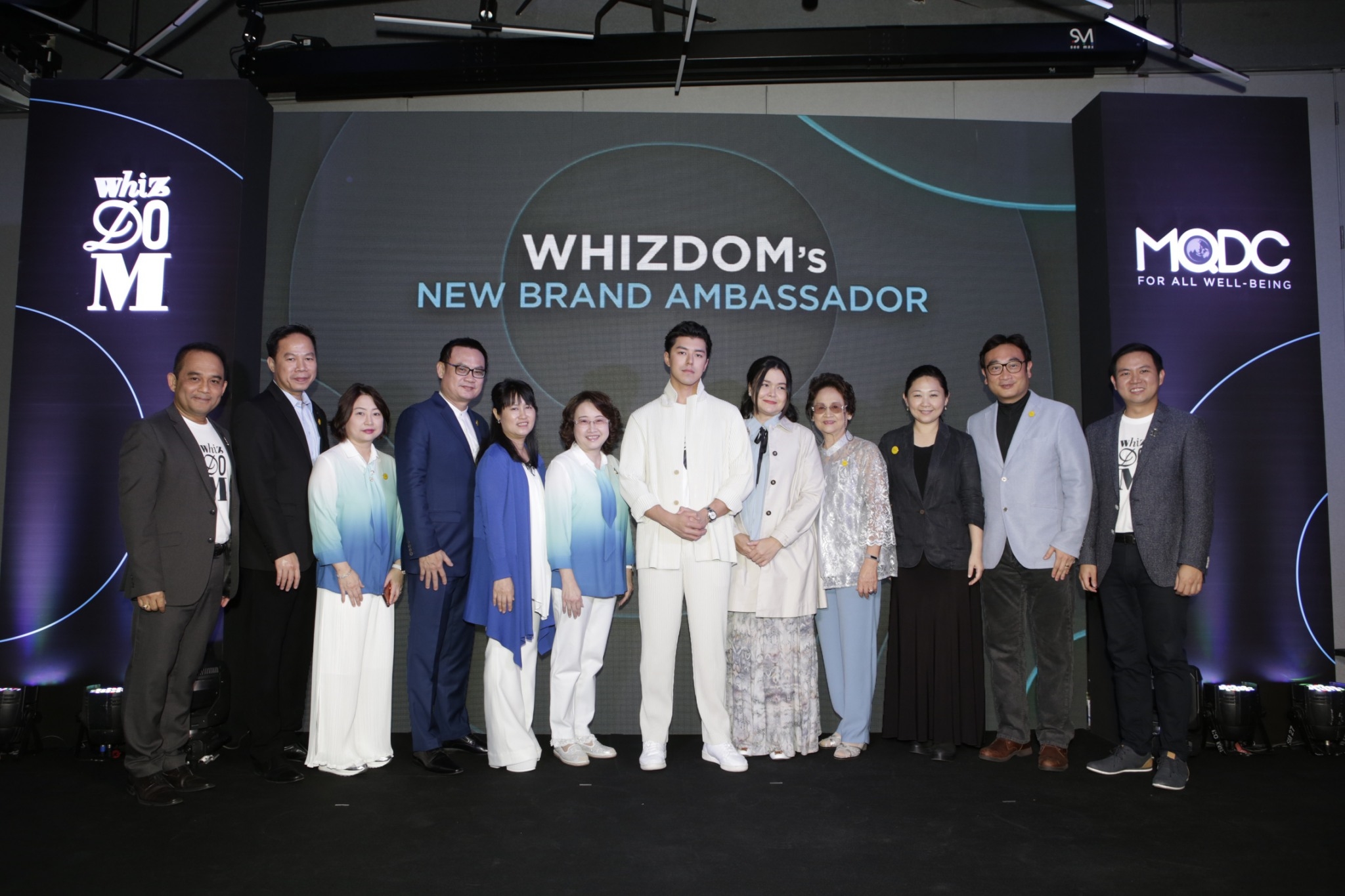 “Whizdom is now very proud that we have our latest Brand Ambassador, who will create good things, representing the new generation, and providing a role model of living in a society of smart and good-hearted people,” said Mr. Kaeokhiao.

“It was clear from the start that Whizdom and I had the same goal of supporting social change,” said Mr. Naphat. “I have many projects that in the future will join with Whizdom to share activities and interests.”

“Nine was chose to be the latest Brand Ambassador because he is a capable person with a wide range of abilities, including learning, work, special talents, and an interesting lifestyle, he said.

“We look for people who will represent the new generation, in addition to being able to show that they are people with good values and morality.”

Whizdom’s initiatives for the new generation also include free ‘Bright Start Breakfast’ for Whizdom residents, Whizdom Scholarships for students at 3 top universities, and Whizdom Re-forest, a project to restore forest at Khan E-to in Prachinburi.