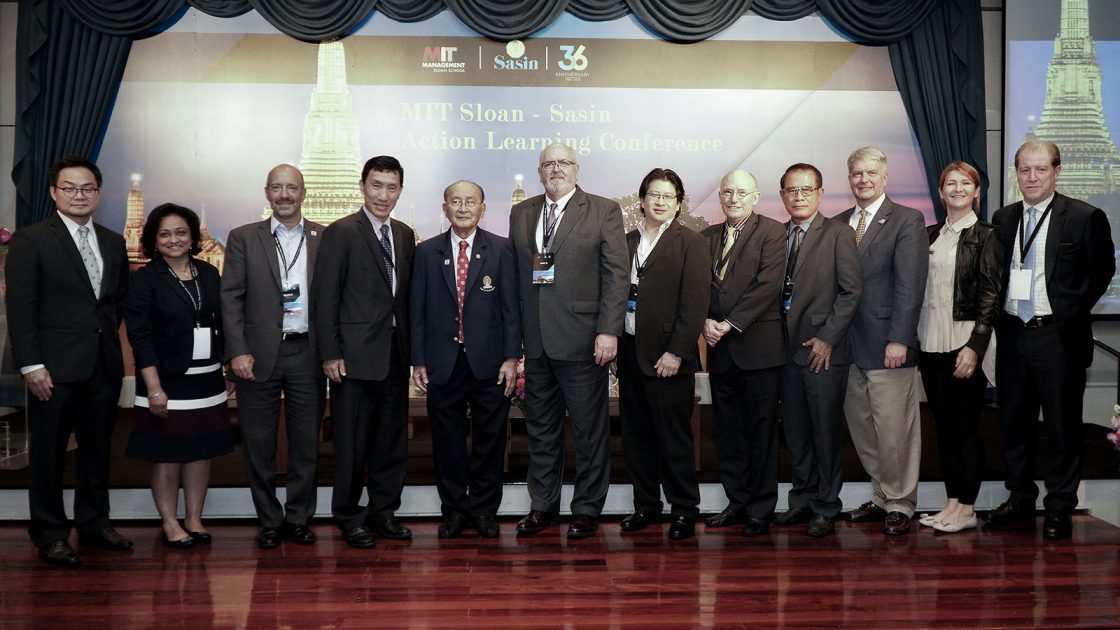 The event’s host, Khun Nick Pisalyaput, introduced Aj Tum by as “a legend” for “transforming beyond belief” the slum communities at Ladprao Canal, which had been blighted by encroaching shacks and raw sewage disposal.

After working for 10 years in New York, Aj Tum was shocked by the black, polluted water of the canal where he had swum as a child and the conditions of the local community.

“My home was nearby and I saw the dirty canal, the impoverished children, and people involved in drugs, shark loans, and illegal space rental – and that is what inspired me to do something,” said Aj Tum. “I started dreaming. At first it was ‘mission impossible’.”

Aj Tum told the audience of executives how his canal infrastructure masterplan work hinged on building trust, through continuing co-creation activities involving the community, academia, local and central government, stakeholders, and other organizations.

“Without being trusted by communities, corporates such as DTGO, MQDC, headed by Khun Thippaporn Ahriyavraromp, universities, and authorities, I could not have made my ‘mission impossible’ dream come true,” he said.

“The volunteer masterplan team had to work on the canal for several years to get the trust of the community. When we started the project, most of the community was opposed, because they would have to move from the water to the bank. We spent about two years developing mutual understanding, showing that they could enjoy a better quality of life and a better canal-front environment.”

The masterplan initiated by Aj Tum has now incorporated contributions from several thousand professionals and officials across many sectors. Completed work covers 22 km of canal and 7,000 homes. The canal has been widened from 10-20 meters to 38 meters to become “like a small river”. The several transformed locations include Siam Venice VK College, Sanchao Pau Somboon, Bang Bua, and Senanivate, whose diverse styles and colors reflect their communities’ differing preferences.

“We are now almost half finished and we are aiming for completion in the next two years,” he said. “We expect to attract tourism as well as commercial, taxi, and passenger boats and to create social enterprises along the canals. Greenery and urban forests will feature all along the canal, with improved water treatment and more effective floodways.” In his contribution at the conference, Aj Tum acknowledged assistance for developing canal accessibility and connectivity from UDDI of Thammasart University, supported by the Rockefeller Trust, plus community facilities by INDA Chula, and a social enterprise business model from Sasin. The University of Pennsylvania-Gensler have provided a canal community workshop over recent years.

Working for DTGO and MQDC with a team of urban architects, Aj Tum is now applying this community revival approach in other locations, such as the banks of the Chao Phraya and canal-side communities in Pattaya.

“We have established many collaborations, including with the Bangkok Metropolitan Authority (BMA) and its Department of Drainage and Sewerage,” he said. “The Ministry of Social Development and Human Security, with its Community Organizations Development Institute (CODI), is also involved, along with the Ministry of Finance’s Treasury Department and the Institute of New Model Communities Lands Administration in 5 Regions (INCA).”